FIGHTING TALK: UFC 280 STARS EAGER TO PUT ON A NIGHT TO REMEMBER AT ABU DHABI’S ETIHAD ARENA ON SATURDAY 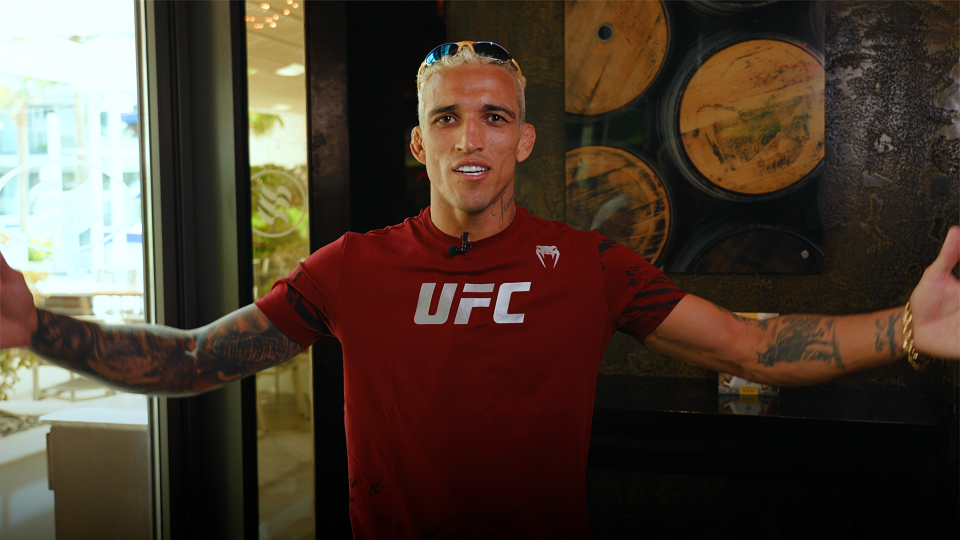 TJ Dillashaw hopes landing in Abu Dhabi two weeks ago will give him an upper hand in his Bantamweight title fight with Aljamain Sterling.

ABU DHABI, October 19. 2022 – UFC 280: OLIVEIRA VS MAKHACHEV is shaping up to be a blockbuster event at a sold-out Etihad Arena on Saturday night. One of the strongest fight cards of the year is headlined by the Lightweight title fight between champion Charles Oliveira and Abu

The co-main event sees Aljamain Sterling, and TJ Dillashaw face off for the UFC Bantamweight belt and follows a stacked card that includes some of the sports best and most promising talents. And with anticipation building for fight night, the athletes are ready to put on a show for expectant fans.

Makhachev heads into the main event on an impressive 10-fight win streak, which includes two victories in the UAE capital – the last of which was a stunning first-round submission of Dan Hooker at UFC 267 last October. “I always feel like Abu Dhabi is my second home,” said Makhachev. “There is a lot of people excited for this; that’s why I love to fight here in Abu Dhabi. I know all the tickets are sold out and I hope they come out supporting us on the night. After my last fight, I asked for a title fight here because I have everything here that I need to prepare: the training, the support, the people… I’m ready. I don’t feel pressure, I’m good and excited to get going.” Makhachev’s opponent, UFC Lightweight champion Charles Oliveira, is in confident mood ahead of his title defence. “This the perfect situation for me,” said the Brazilian. “The champion has a name, and it’s Charles Oliveira. There’s no pressure on me. I’m used to it. The only thing I’m concerned with is what I bring to the octagon. I’m always going to come out pressing forward and doing my thing.

I’m a sharpshooter and I’m going for the knockout. We’ve been here two weeks enjoying Abu Dhabi, but now the focus is on the fight.” TJ Dillashaw, who makes his Abu Dhabi debut in the co-main event, has been in the UAE capital for almost two weeks and is hoping his time spent in the emirate bodes well come fight night.

“The preparations in Abu Dhabi have been wonderful,” said the American. “I’ve been here for 11 days and it really is an amazing place. It’s beautiful, clean, and the people are truly amazing. Aljamain Sterling has fought in Abu Dhabi before, but that doesn’t change anything for me. I came out early to get acclimated to the time change and do everything I need to for this fight. There is no added pressure. You have to be scared to fight – be on your toes. “I hope you guys are as excited as I am to fight in front of you. I am excited to fight in a full arena.

I’ve heard it’s been sold out since Day One, so I am sure you guys are excited. I am going to put on a show and I’m looking for a finish.”

His opponent, current Bantamweight champion Sterling, added: “I’m very excited to come to fight in Abu Dhabi, especially on a big card like this, a great match-up, a lot of big names. It’s going to be crazy fighting in front of a huge crowd in the Etihad Arena. It doesn’t get any better. “A win this weekend in Abu Dhabi is going to be huge for me and for my legacy. I think TJ has the

most wins in the Bantamweight division; I take him out and we’re tied. The fans are in for a great treat with this match-up.”