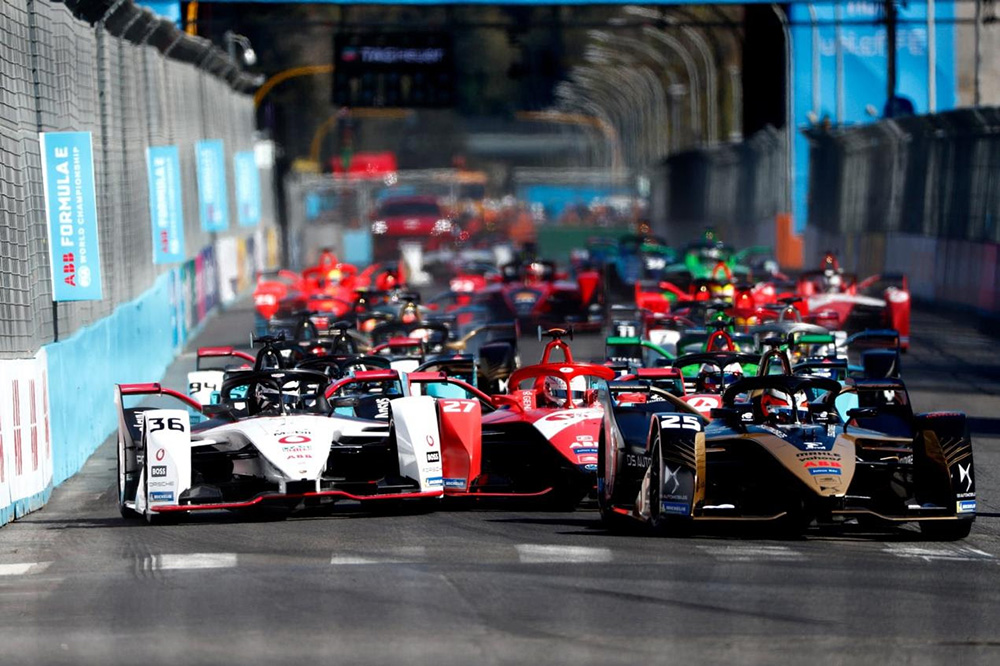 Riyadh, KSA and London, UK. Thursday: The ABB FIA Formula E World Championship has grown its cumulative audience for Season 8 beyond the record-breaking levels achieved the previous season with a four-way battle for the championship, a new qualifying format and a return to racing in Asia contributing to the new highs.

Among a series of broadcast presentation and sporting enhancements introduced for Season 8, a new qualifying format saw all 22 drivers compete in two groups with the top four in each going into a head-to-head knockout ‘Duels’ tournament. A first for world motorsport and a popular innovation for fans, the cumulative audience for qualifying increased 49% compared to audiences for the traditional fastest-lap format in Season 7.

The biggest-ever ABB FIA Formula E World Championship calendar of 16 races in 10 world cities included a return to Asia with successful debuts in Jakarta, Indonesia, and a double-header in Seoul, South Korea, to close Season 8. The Jakarta race in June was the first Formula E race in Asia since 2019 and was the most-watched domestic race in the championship’s 100-race history with a cumulative audience of 27.6m in Indonesia.

Live viewers made up the majority of Formula E’s audience for the first time in Season 7 and that trend continued in Season 8 with a 10% increase in live audiences YOY to 216m, part of a 20% growth in total cumulative audience to 381m.

The combination of enhanced scheduling consistency and improved coverage of more competitive racing contributed to significant increases in audience engagement.  Total viewing hours for Season 8 races increased by 58% compared to Season 7 and the championship enjoyed a 28% YOY increase in the average viewing duration per live race.

Across Formula E’s social and digital channels there were significant gains in video views (+165% vs. Season 7) and engagements (up 49%) as a refreshed social media content strategy came into effect.

Jamie Reigle, Chief Executive Officer, Formula E, said: “The ABB FIA Formula E World Championship is building a passionate global fanbase, establishing itself as an appointment-to-view, premium live sport. Millions more fans tuned in to watch last season than ever before thanks to consistent scheduling, improved broadcast presentation and sporting innovations like our game-changing qualifying format.  The championship went down to the wire in Seoul with four drivers vying for the title and Stoffel Vandoorne emerging as World Champion.”

“We thank our global network of committed broadcast partners for their contribution to delivering a record-breaking Season 8. We will work together to build on our momentum and reinforce Formula E’s emergence as a mainstream sport for the next generation.”

The new Gen3 race car was unveiled earlier this year in Monaco as the fastest, lightest, most powerful and efficient electric race car ever built. It will debut in the ABB FIA Formula E World Championship on 14 January 2023 in Mexico City at the start of Season 9, followed by Rounds 2 and 3 in Diriyah, Saudi Arabia on 27-28 January 2023.