Dreaming of a White Christmas 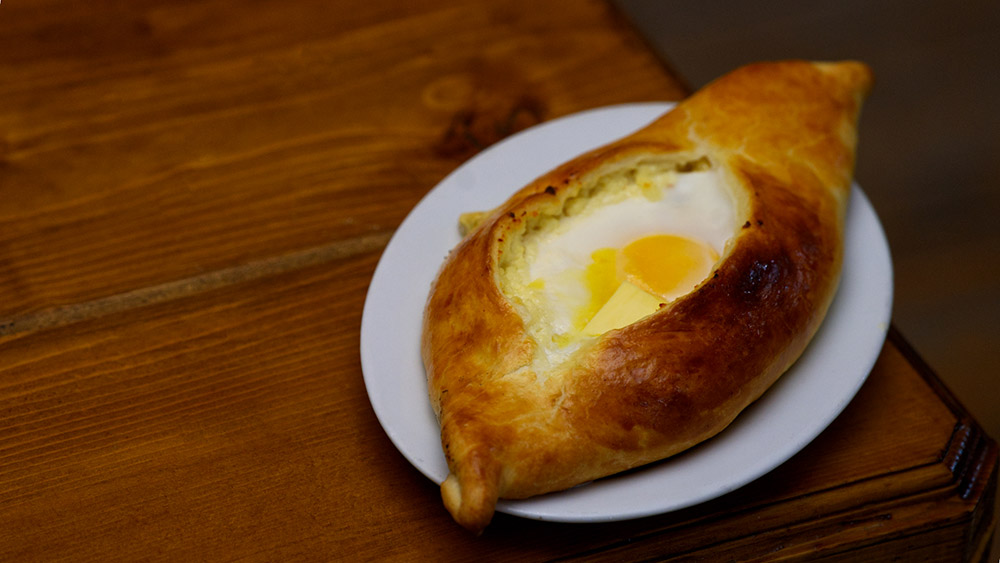 8 Reasons to make Georgia your Holiday Destination
It’s that time of the year again where the wind is breezy and tree tops glisten! It’s the season where kids and grownups alike look forward to receiving and giving gifts. But have you ever dreamed of experiencing a white Christmas? Fret not because we are going to give you reasons why you should make that dream come true already.
Living as a resident in Dubai means enjoying some perks of having visa free entries in certain countries near the Emirates. One of the top destinations UAE residents visit is perhaps Georgia because of its visa free entry for GCC residents. Situated in the Caucasus region, this transcontinental country is at the intersection of Eastern Europe and Western Asia, making its history and culture rich and diverse. Visiting Georgia can be done all year round but making it your holiday destination for your white Christmas is absolutely a great idea.
Here are eight reasons to pack your stuff and book your flight to this former country under the Soviet Union.

1. Delicious cuisine
Each country has its own specialty when it comes to food and Georgia is not an exemption. No holiday in this country is ever complete without trying the Khachapuri. This traditional Georgian dish is famous for its melted cheese and whole egg yolk on top of a warm boat shaped bread. This dish is so famous that it was hailed as the national dish of Georgia.

Another must try is the Khinkali, a popular Georgian dumpling stuffed with meat and spices. The dish is eaten by hand and locals love it so much that they eat much more than we can think of. While their cuisine is mostly underrated, we cannot deny the fact that they are now getting the recognition they deserve for their delicious cuisine.

2. Tranquil views and landscapes
Nature lovers will, for sure, enjoy Georgia as this country is also known for its mountainous feature. This country has been blessed with nature’s beauty and it is no wonder that tourists call it as a paradise. There are lots of sites where panoramic views can be seen, overseeing vast lands, hills and rivers.

3. Wine O’clock
Not many people know that this so called birthplace of wine is in this beautiful country dating back to as early as 6000 B.C. While wine is available in all of Georgia, heading on to the country’s wine region, Kakheti, is definitely a must too. Free wine tastings are offered almost everywhere so you can have a good selection of which one to buy.

Jars called qvevri are buried underground as it undergoes fermentation. Family run boutique wineries are just around the corners where locals and tourists alike can enjoy as much as they can. One can agree that it is great to enjoy a glass of wine with family and friends in front of a fireplace while celebrating the holiday season. Certainly, this country will hold a special place in the hearts of wine connoisseurs.

4. Georgian hospitality
For many locals, they believe that every guest is God sent. Apart from a lot of things this country is recognized for, they are widely known for the friendliness of their people, which may be a part of their DNA already. So don’t be startled when locals invite you in their homes and have a drink because they treat their guests with high regard. Georgians may have some of the friendliest people as they make sure their guests are welcomed and that you are well taken care of.

5. Budget friendly country
Who says traveling to Europe should drain your purse? Worry not as Georgia is deemed cheap in comparison to the standards of Western Europe. From hotel accommodations to transportation to food and beverages to wine and souvenirs, they got you covered. The minimum fare in taxis start at GEL 3 which is around AED 4 only. Everything is so cheap that you can enjoy a week’s vacation without splurging so much this Christmas season.

6. Unique art nouveau buildings
Take a trip to the past when you explore the unique art nouveau buildings in Tbilisi. While Paris, Barcelona and Budapest, to name a few, have that great art nouveau European cities title under their belt, Georgia’s capital, Tbilisi, should be in the list too. These gorgeous buildings, especially in Old Tbilisi, undeniably play a huge part in the rich culture of the country with an added beauty in it. With the great significance, historical and cultural value of Old Tbilisi, it was recognized by UNESCO as a World Heritage Site. For someone who is living in the Middle East, the grandeur of these buildings is a must see – a fresh look over what we normally see in the modernity of other country’s buildings.

7. Beautiful and ancient churches
Georgia was one of the first few countries where Christianity was preached. The Apostles Simon and Andrew first preached Christianity in Georgia as early as the 1st century. The Georgian church has been founded by the Holy Apostles, as what being said, which comes to no surprise considering with the number of churches built across the country. However, it is a must for women to cover their hair with a scarf when visiting churches and monasteries as a sign of respect.

One of the most famous and protected monuments in Georgia built in the medieval times is the Ananuri Castle which is situated on Aragvi River’s left bank. The fortress houses two churches, the Church of the Virgin which has the graves of some of Aragvi’s Dukes and the Church of the Mother of God which has frescoes in it.

Legend says that a Georgian woman named Ana, who came from Nuri, became a hero after the enemy has caught her by not revealing the passage of the tunnel that the people who took refuge in the fortress used. She was tortured and killed later on. The castle was named Ananuri in honor of her.

With its historical value, the fortress has been listed in the UNESCO World Heritage site.

8. Winter adventures
Georgia has a lot to offer too when you explore it in Christmas season. Most people celebrate Christmas on December 25 but since it is an Orthodox country, Christmas is celebrated every 7th of January. Lights and decors adorn the houses and streets and if you are lucky to experience snow in Tbilisi, which is quite rare, then you will really get a feel of having a White Christmas. Head on to the other provinces such as Gudauri and Kazbegi to enjoy skiing, snowboarding and riding snowmobiles. Kutaisi offers one of the best places in the country to experience winter too because of its gorgeous blanket of powdery snow. Winter tours are available too where you can enjoy lots of activities in the snowier regions of the country. Furthermore, affordable tours are offered by locals around the city so

The mountainous regions of Georgia will give you freezing temperatures so make sure to dress appropriately and remember to stay warm. Whether you’re having a white Christmas or not, we should be able to understand the true meaning of it. With or without snow, with or without scenic views, with or without delicious food and expensive gifts, Christmas will always be a season of love, hope and joy. 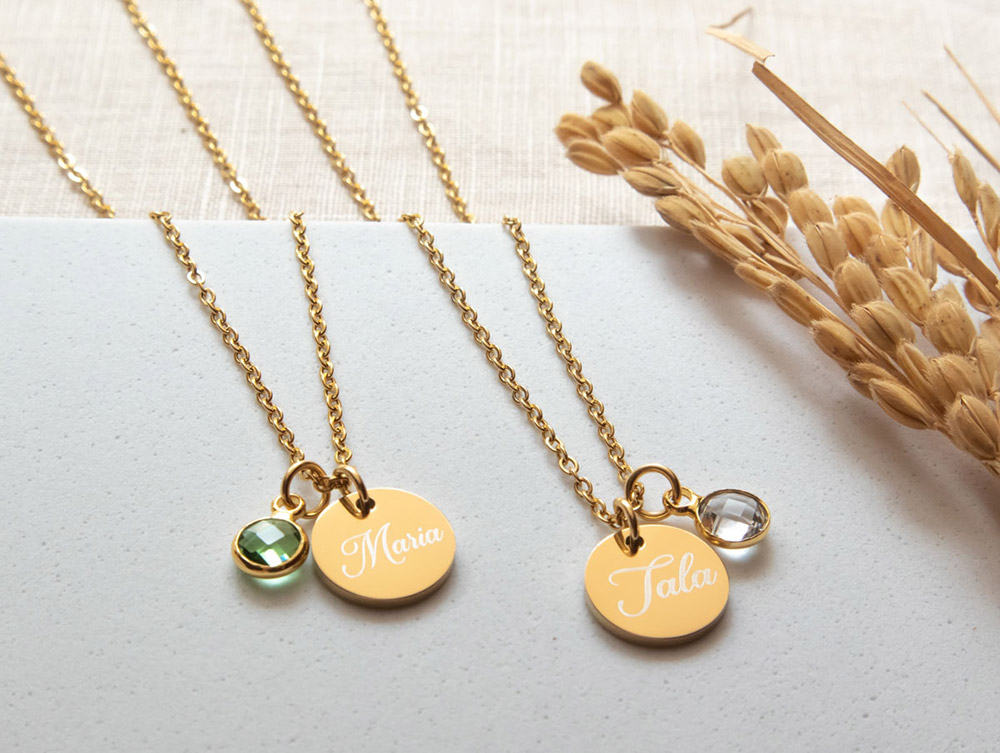 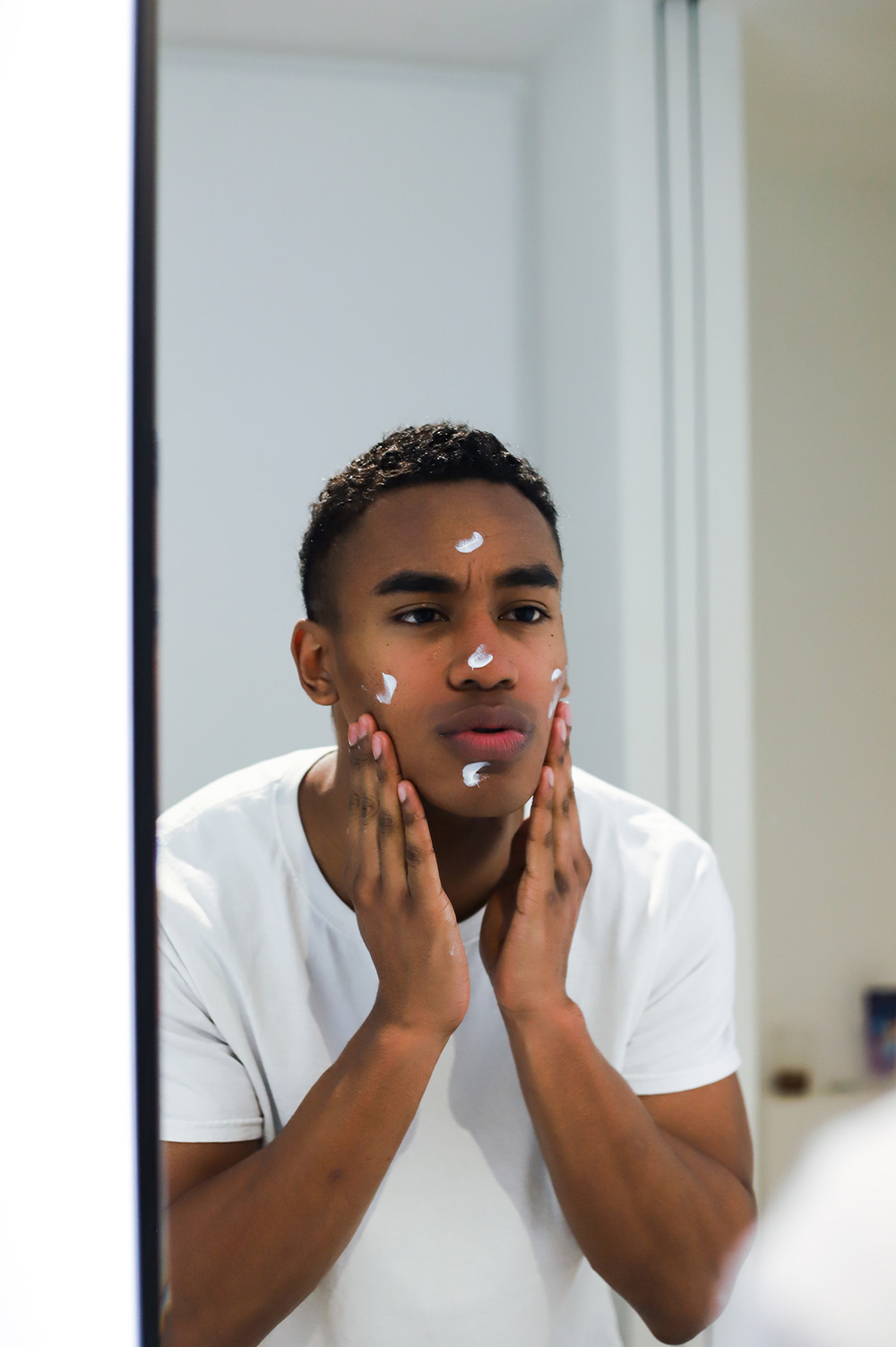 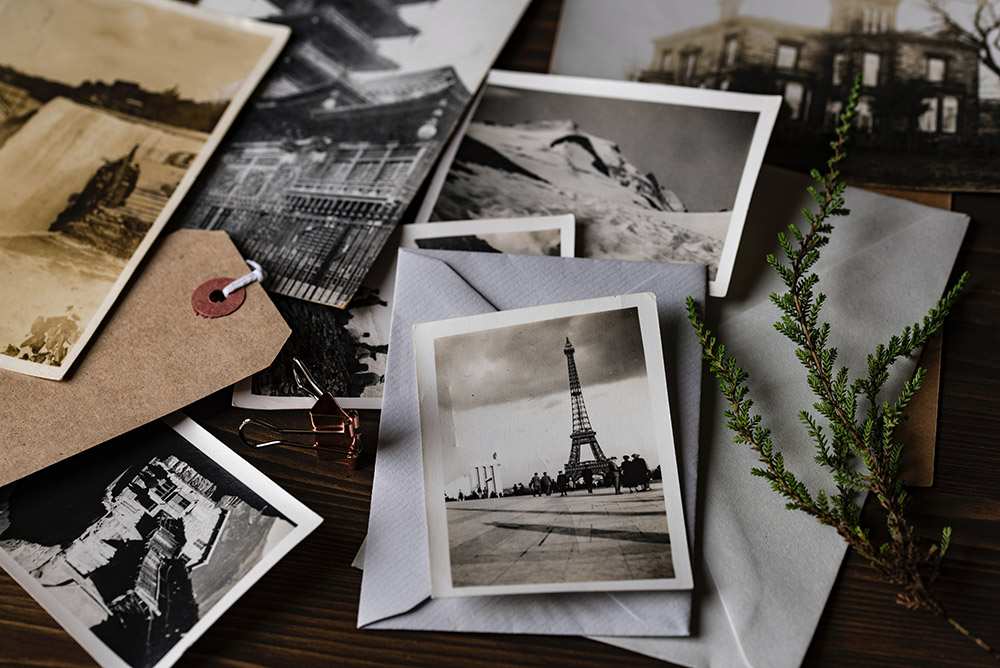 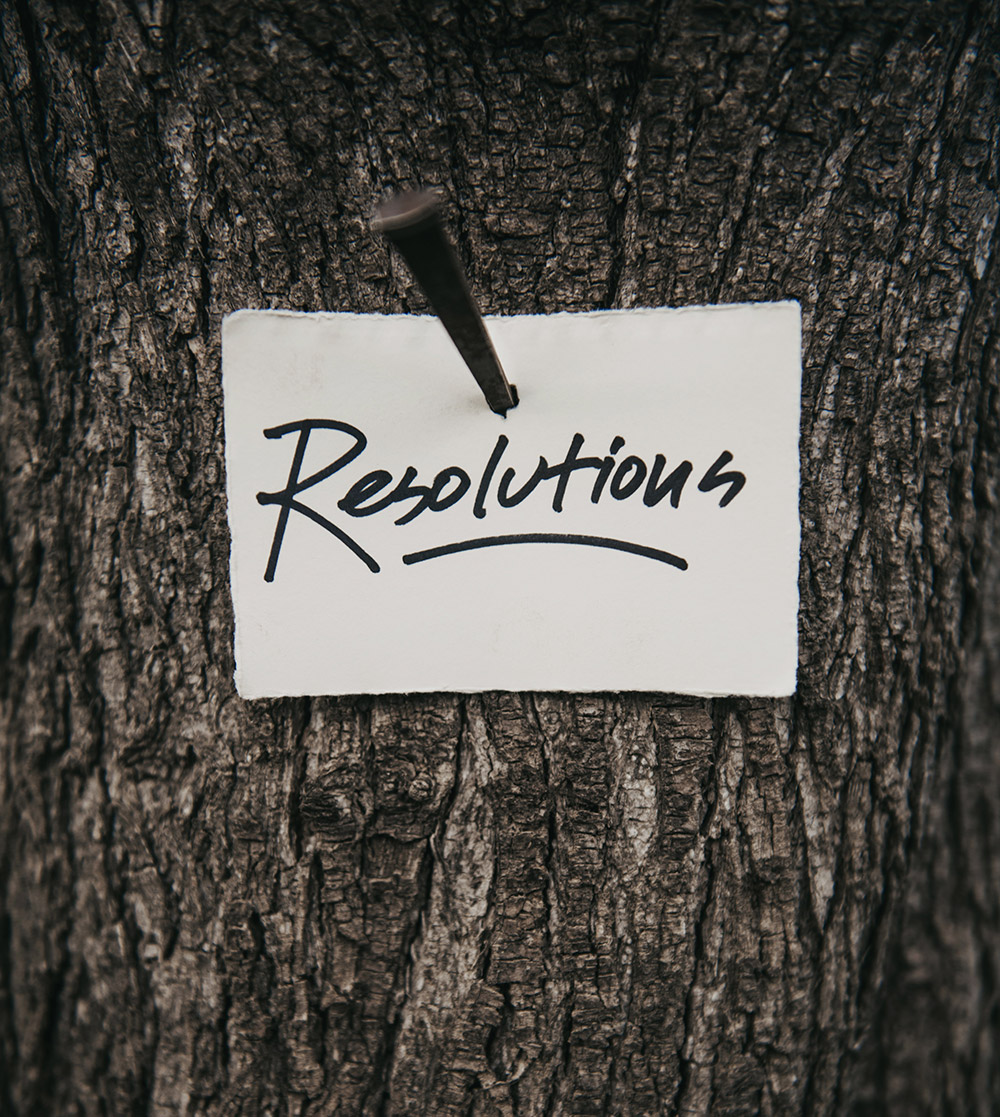 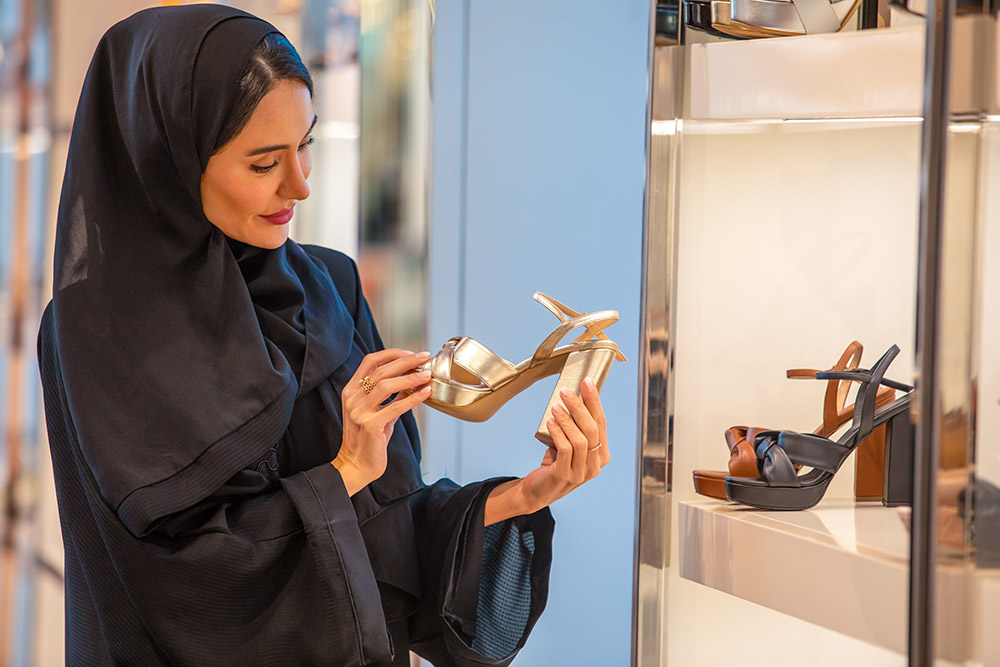