The region of Rome has inaugurated the “Lazio, Land of Cinema” Week at Expo Dubai, with the aim to increase foreign investment opportunities and sustain the international partnerships of Lazio’s enterprises on foreign markets, especially on Arabic, Asian, Mediterranean and North African ones. The event is carried out and financed by Lazio region, in collaboration with Cinecittà and Roma Lazio Film Commission.

Last year, Lazio confirmed its position (first in Italy and second in Europe), for investments in the film industry, with an allocation of approximatively 30 million euros in 2021.

“We haven’t stopped during the pandemic and we will continue to invest in the audiovisual sector also in the future: Lazio is more and more a “Land of Cinema”. Statistics show we are in first position in Italy for number of enterprises active in the cinema, radio and tv sectors and in second position in Europe for investments in this sector. Around 44% of employees in the sector work in Lazio. Cinema is a fertile soil for the economic and cultural growth of our region and country. For this reason, we have invested almost 150 million euros since the beginning of our mandate, using also European funds and creating innovative tools, like calls for screenplays and those to promote our cinema at an international level. We have encouraged the creation of new productions able to enhance the beauties of our territory and take a look beyond the borders, generating high-quality works appreciated and awarded in Italy and abroad. We want this number to grow more. For this very reason, we are promoting initiatives in schools, neighborhoods and territories, through the funding of training courses for our talents and more modern and up to date cinemas. Cinema is a tool to make Lazio known in the world, and Expo Dubai is, without any doubt, an important opportunity to promote our cinema and region”, said Nicola Zingaretti, President of Lazio region.

The great exhibition “Lazio Land of Cinema – The Land of Magic Craftsmanship”, curated by Clara Tosi Pamphili and Alessio de Navasques – the two founders of the A.I Artisanal Intelligence project – turns the spotlight on Lazio’s Cinema activities for Expo Dubai 2020. It is about cultural re-discovering through the exhibition of objects and props crafted by great professionals of the sector, like artisans, creative workers, artists and technicians. The exhibition is also an opportunity to offer to young people the chance to know and get acquainted with jobs that involve extraordinary skills and professionalism.
The exhibition shows the past, the present and the future of Lazio just like episodes of a series, with a unique scenography where objects, costumes, and accessories are sided by a background of pictures of production and training centres of the region, like Centro Sperimentale di Fotografia (Experimental Photography Center), managed by Lazio Film Commission, and the Gian Maria Volonté School.

A wunderkammer divided in big display-windows that describe the culture of filmmaking in Lazio. A tradition which salvages production materials, in tune with the contemporary strategy of circular economy, and loyal to the concept of reinvention, which says that a costume never dies.

“The exhibition ‘Lazio Land of Cinema – The Land of Magic Craftsmanship’, promoted by Lazio region, celebrates precisely those artisan businesses that pass on since generations the ability to work for the world of cinema at an international level”, says Quirino Briganti, coordinator of Expo 2020 Dubai for Lazio region. “The exhibition displays costumes and props, as well as images of places from the most important productions of Italian cinema, which have made the history of our cinema. It is a truly evocative visual journey that evokes unforgettable and award-winning film sets such as, for example, Ben Hur, Fellini’s Satyricon, Freaks Out and Garrone’s Pinocchio. Lazio, and the city of Rome, are increasingly becoming a Land of Cinema, with an industrial and artisan district which is unique in the world and that we are promoting at Dubai Expo”.

The exhibition displays a tale where stories repeat themselves by reinventing themselves at the same time, like the magic of circus that lives again in the costumes of Federico Fellini’s “Clowns“, Donatimade by Sartoria Farani (Farani Tailoring), a futurist masterpiece by Danilo , which in turn take new life in the three circus characters of “Freaks Out” by Gabriele Mainetti, with the costumes made by Meri Montaldo. On display also the hats and the wooden shapes to make them, like those of the “Pirates of the Caribbean” and “The Gospel according to Matthew” by Pier Paolo Pasolini made by Pieroni studio. Or the wigs, Rocchetti and Rocchetti masterpieces, materializations of Federico Fellini’s visions in “Casanova” and “Satyricon“.

The exhibition shows the special effects by Leonardo Cruciano, author of the vampires of “Don’t kill me” by Andrea de Sica, together with the props and armor of the historic company Rancati, with the shoes made by Pierantoni, realized for large productions such as Domina. On display also the feminine genius of the Giussani sisters, who gives life to Diabolik, illustrated in the version of the 60s and now in the forthcoming one by Manetti Bros, which includes two costumes for Eva Kant designed by the young Ginevra De Carolis.

The armors realized by Costumi d’Arte Peruzzi tell the immortal evolution of our costumes, unique in the world for their quality, like those one can find in the films “Ben Hur”, “Cleopatra”, the “Gladiator” or in the epic series “Game of Thrones” and “Vikings “.

The story continues with the three sculptures realized by Gianni Gianese for Dante Ferretti’ s scenography for Federico Fellini’s “The City of Women”, alongside the images of Cinecittà as a background. The head of Venusia, made by Mekane, marks the ideal gateway to the exhibition, against the backdrop of an image of Cinecittà.

Symbol of the exhibition are the three Pinocchios of Italian cinema: that of Luigi Comencini with the wooden puppet of the artisan Bartolucci, who worked together with the costume designer Piero Gherardi. The costume created by Oscar-awarded Danilo Donati, for the interpretation of Roberto Benigni in 2002 and the Oscar-nominated version by Matteo Garrone, with the costume created by Massimo Cantini Parrini with Sartoria Tirelli (Tirelli Taioloring), funded by the regional project “Lazio Cinema International”.

For this particular project Lazio region has allocated about 53 million euros on six calls since 2016. The seventh call is in a preliminary phase and will have further repercussions in terms of financial support to companies, whose works will add to the 133 co-productions financed so far. The project involves 188 foreign production companies, from 29 countries. Films funded by “Lazio Cinema International” have been awarded 313 prizes in prestigious national and international festivals, as well as 382 nominations.

The regional cinema and audiovisual kermesse also includes the “DIRECTOR’S NIGHTS” series of screenings, as part of the film review curated by ANICA, which takes place for the entire duration of the Expo at the Italian Pavilion. For the occasion, Lazio has presented and shown the film “Freaks Out” by Gabriele Mainetti, premiered in cinemas and implemented with the contribution of “Lazio Cinema International”, together with the Rome Lazio Film Commission. 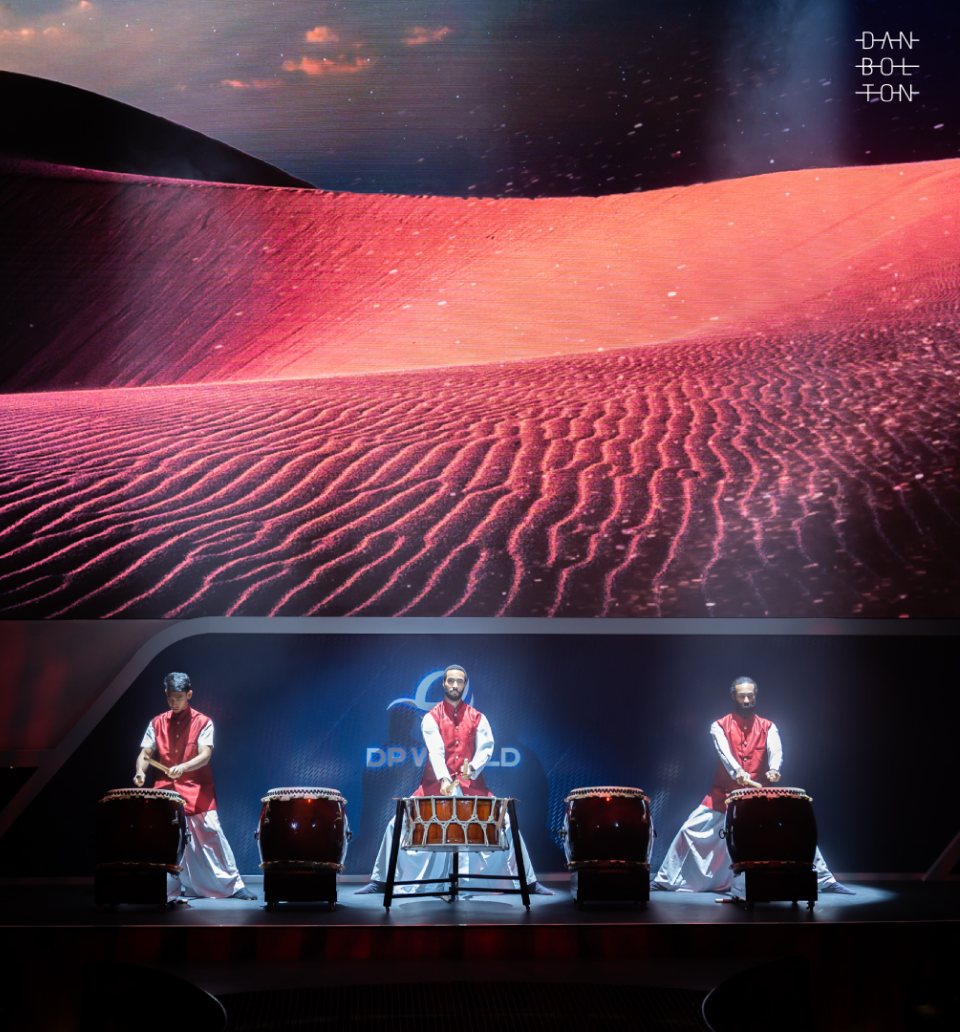 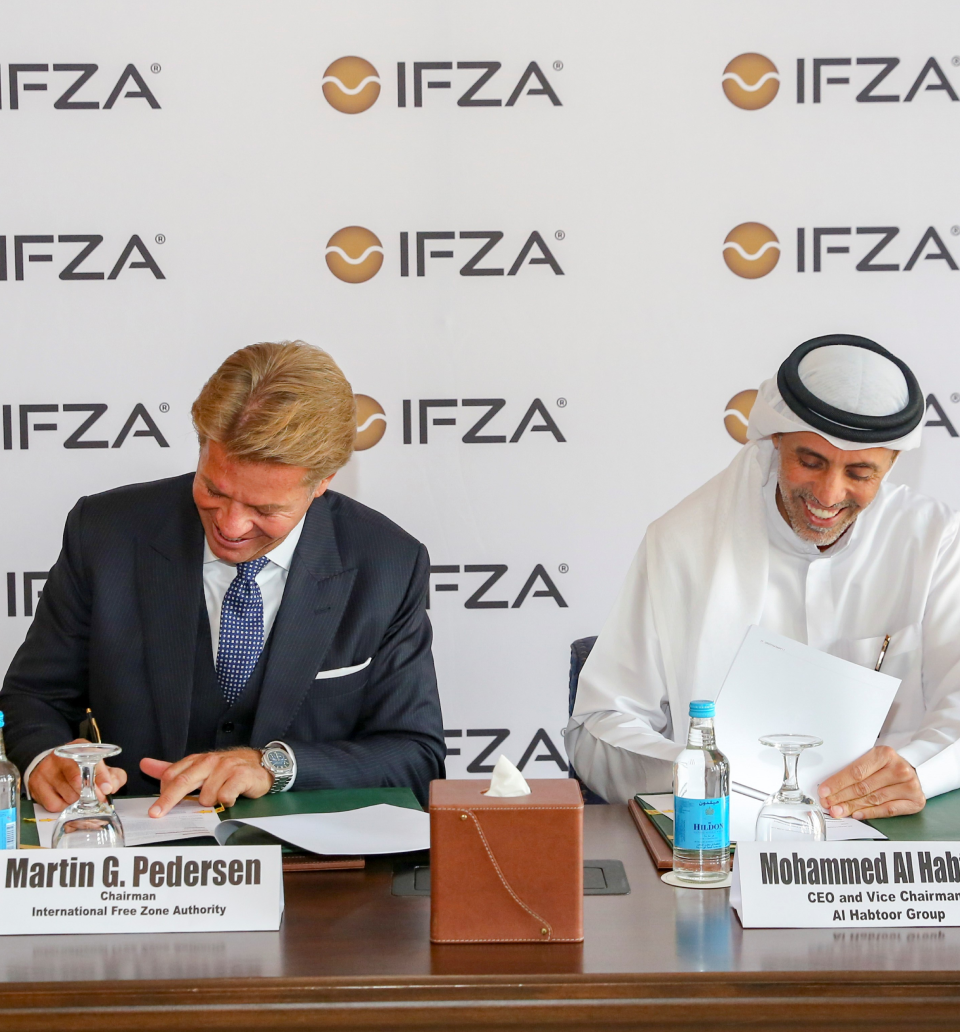 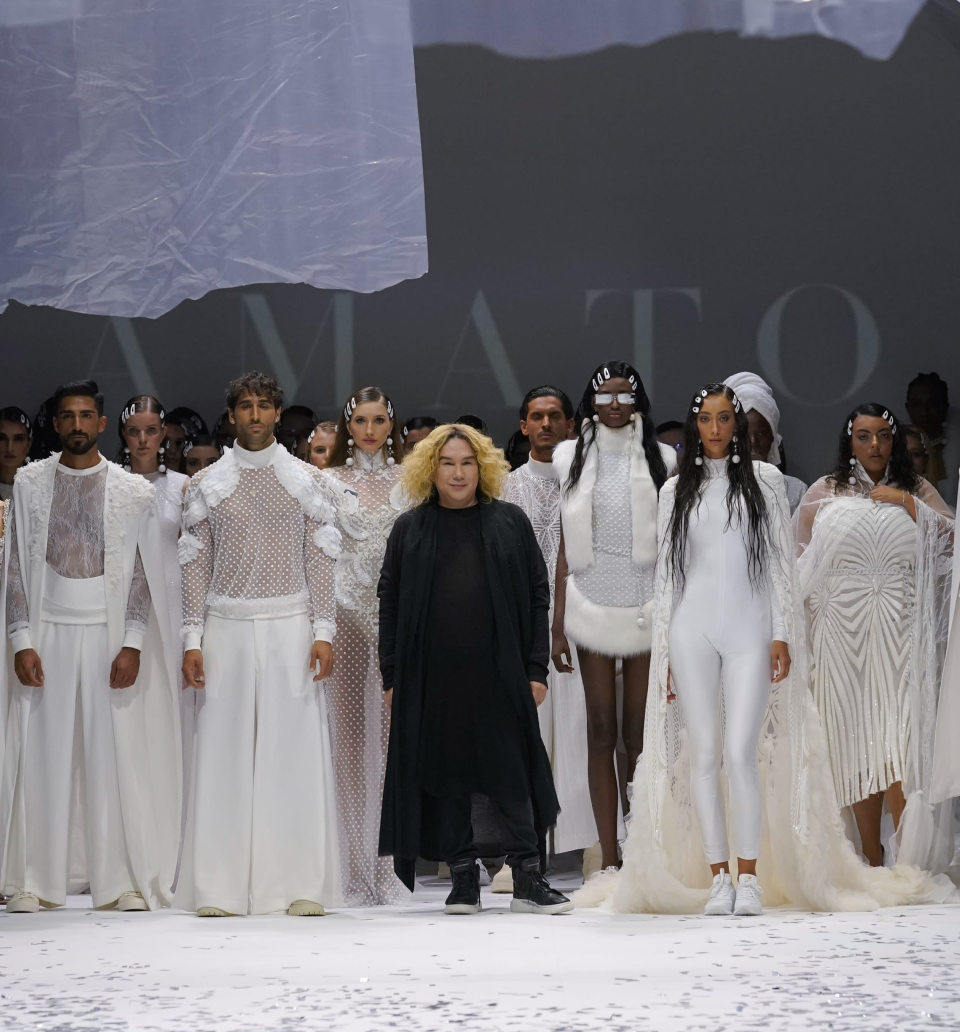 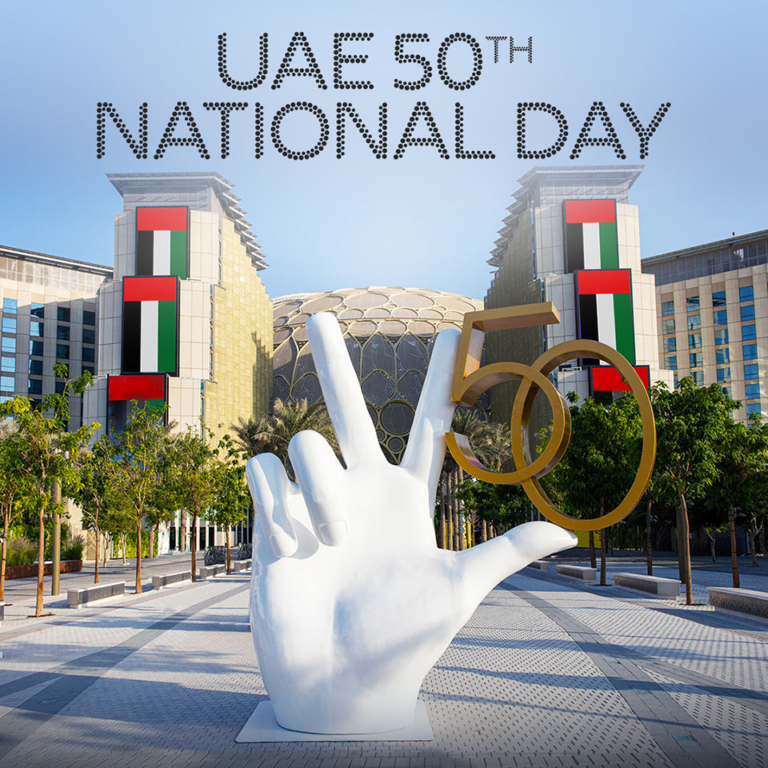 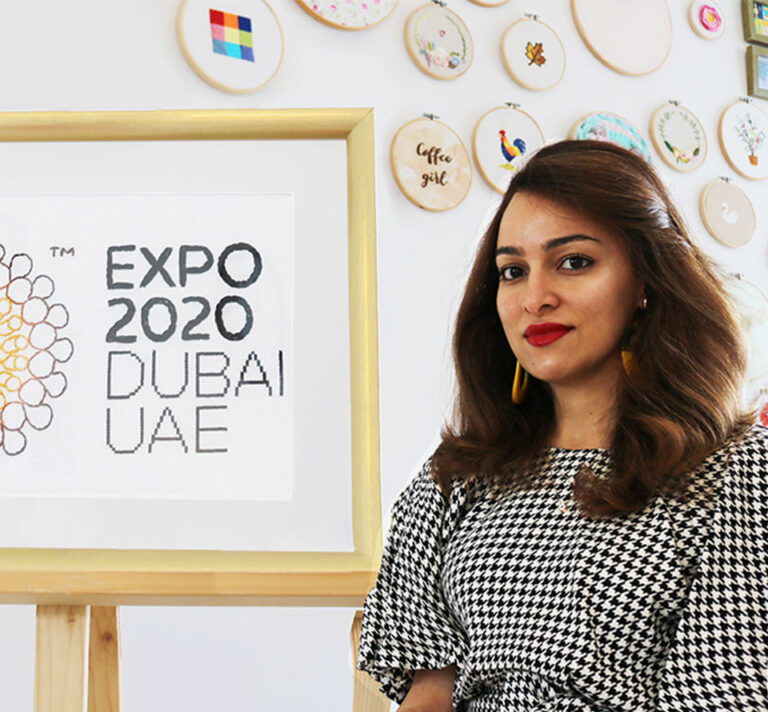 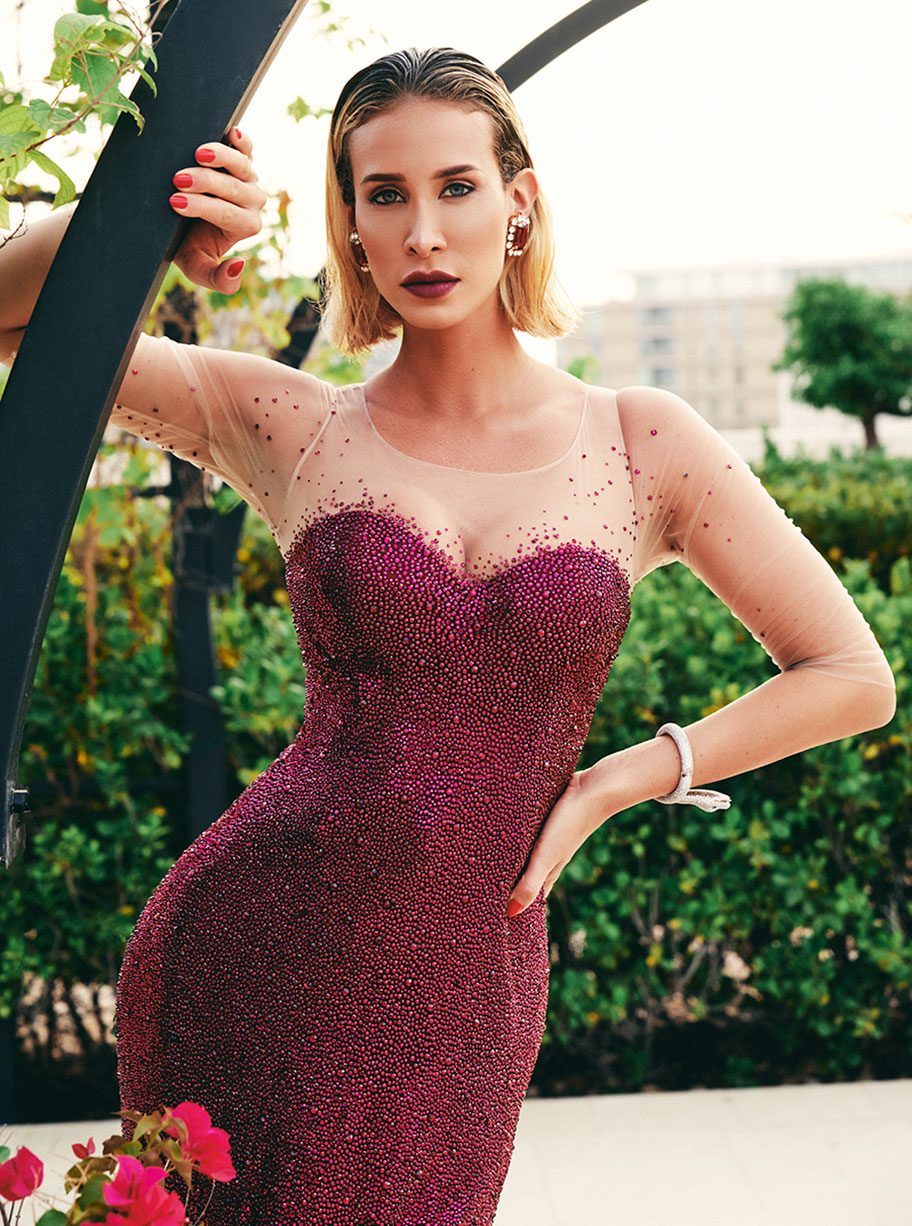 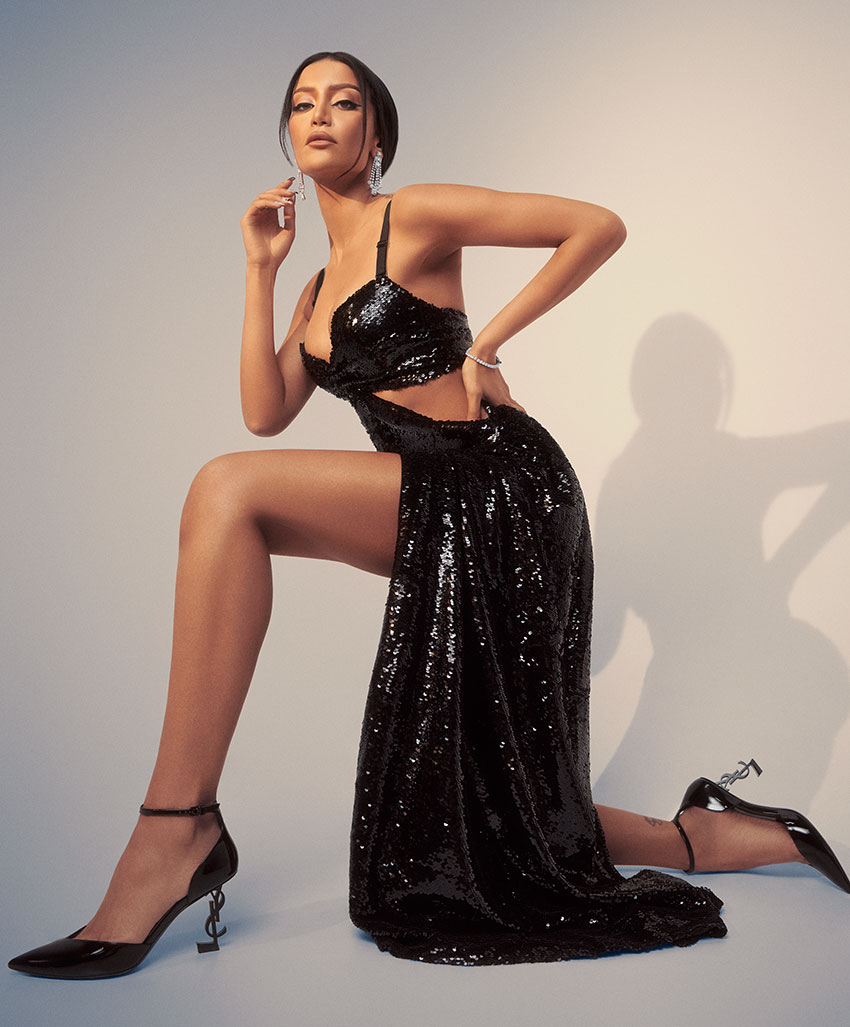 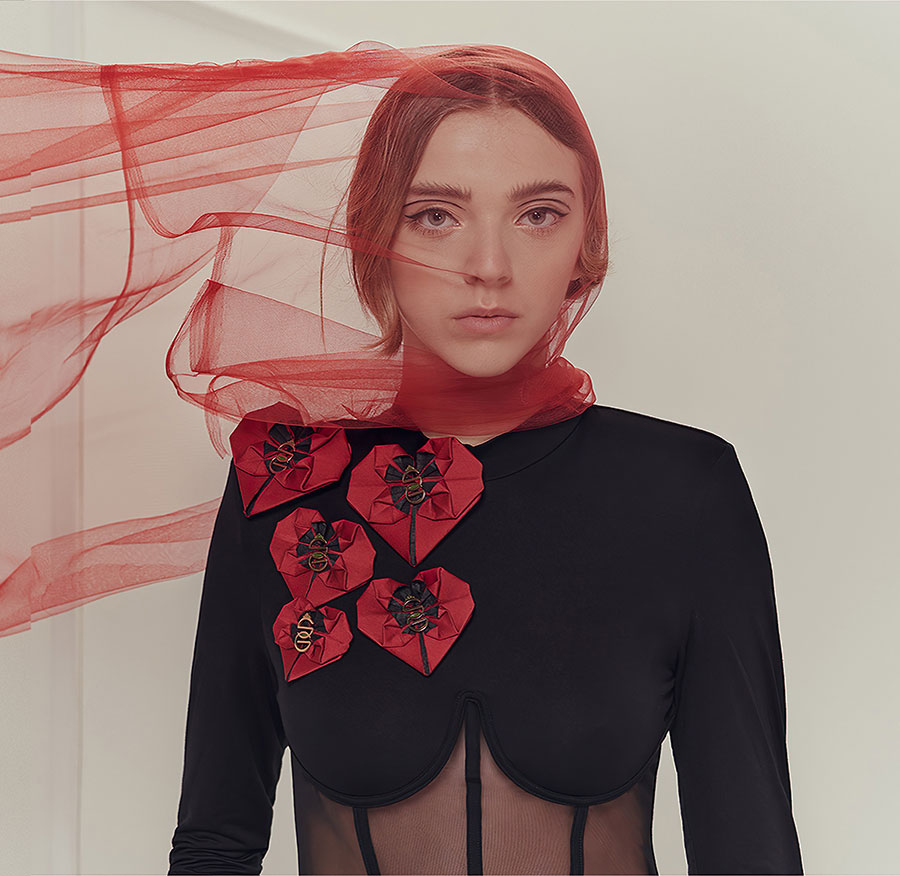 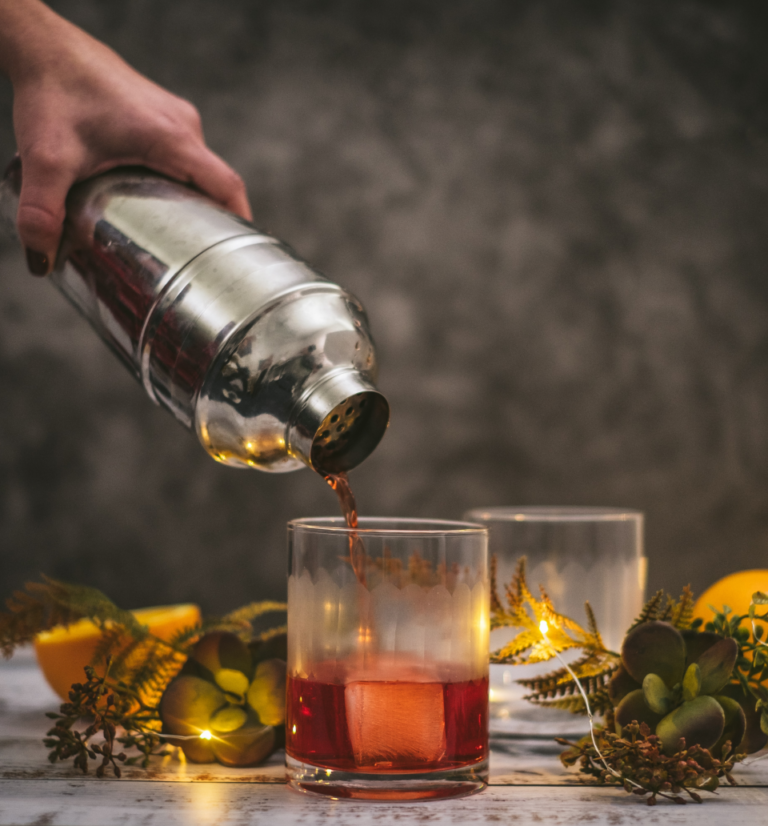 STIRRING DXB – A SEARCH FOR THE BEST NEGRONI’S IN DUBAI 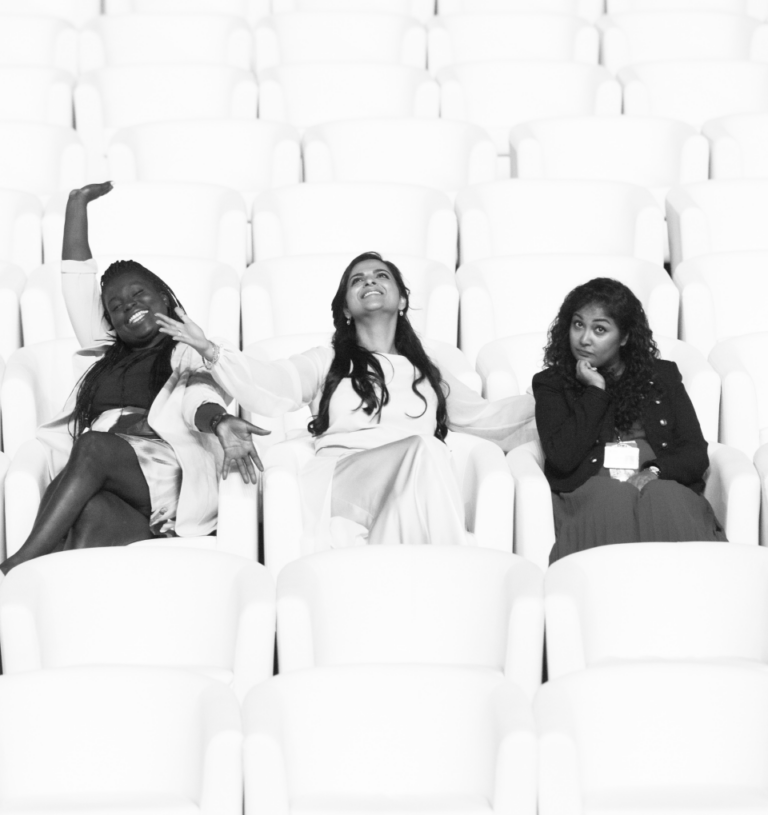 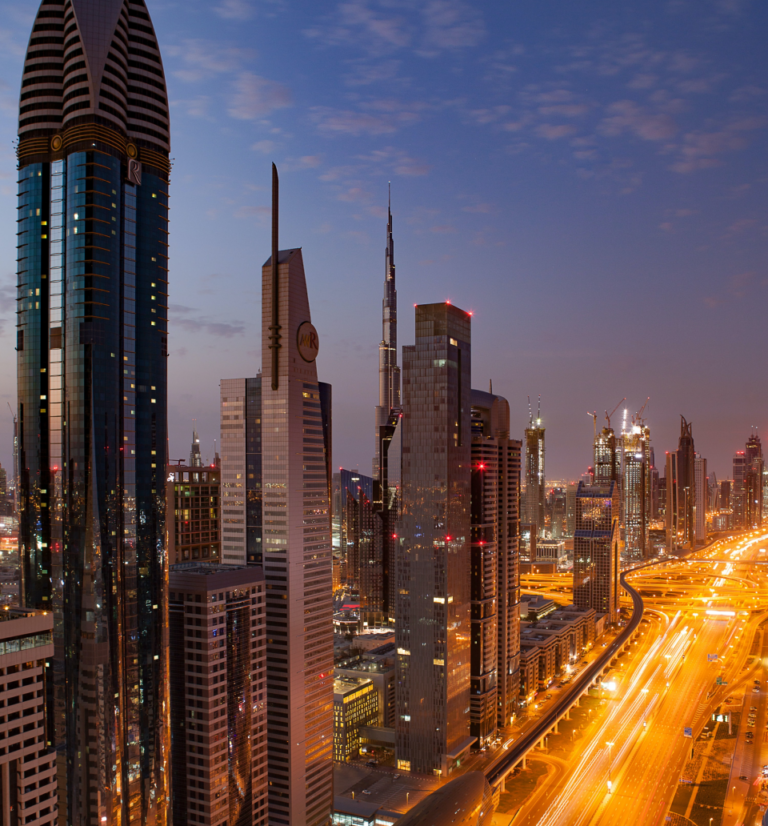 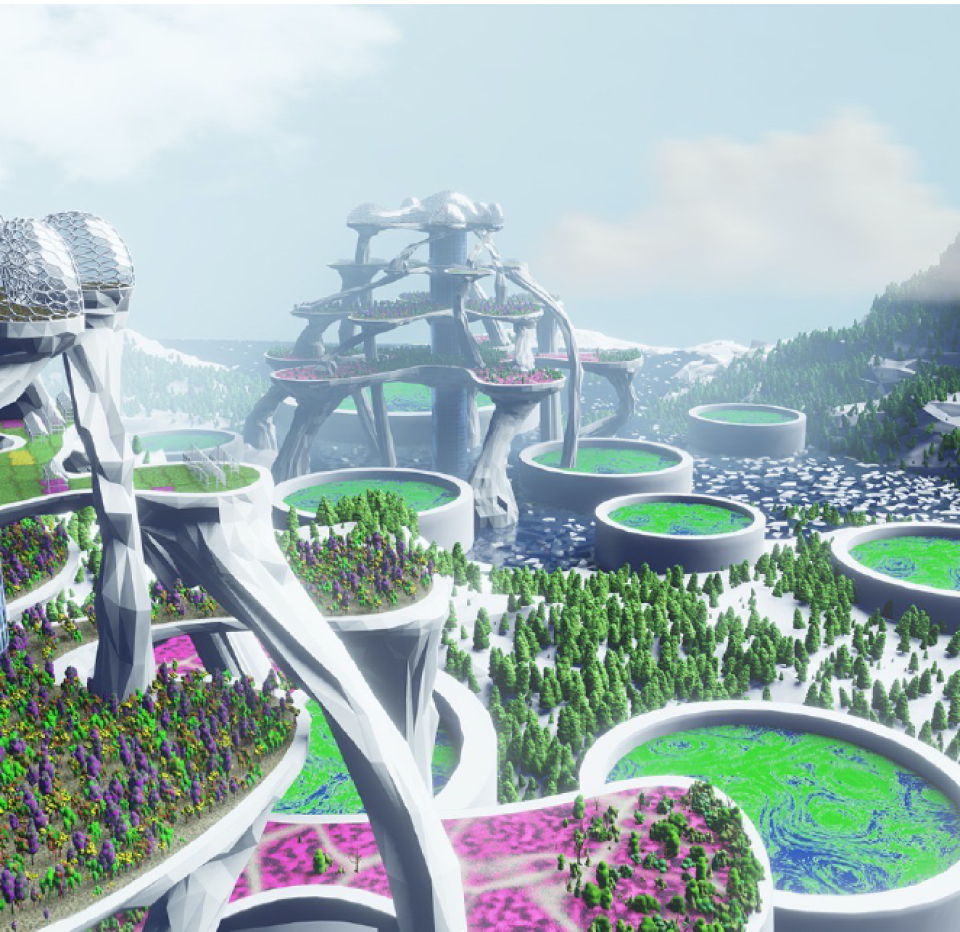 Netherlands Pavilion showcases how green cities could improve future food security at the bloggers’ event, ‘Straight From the Farm’ 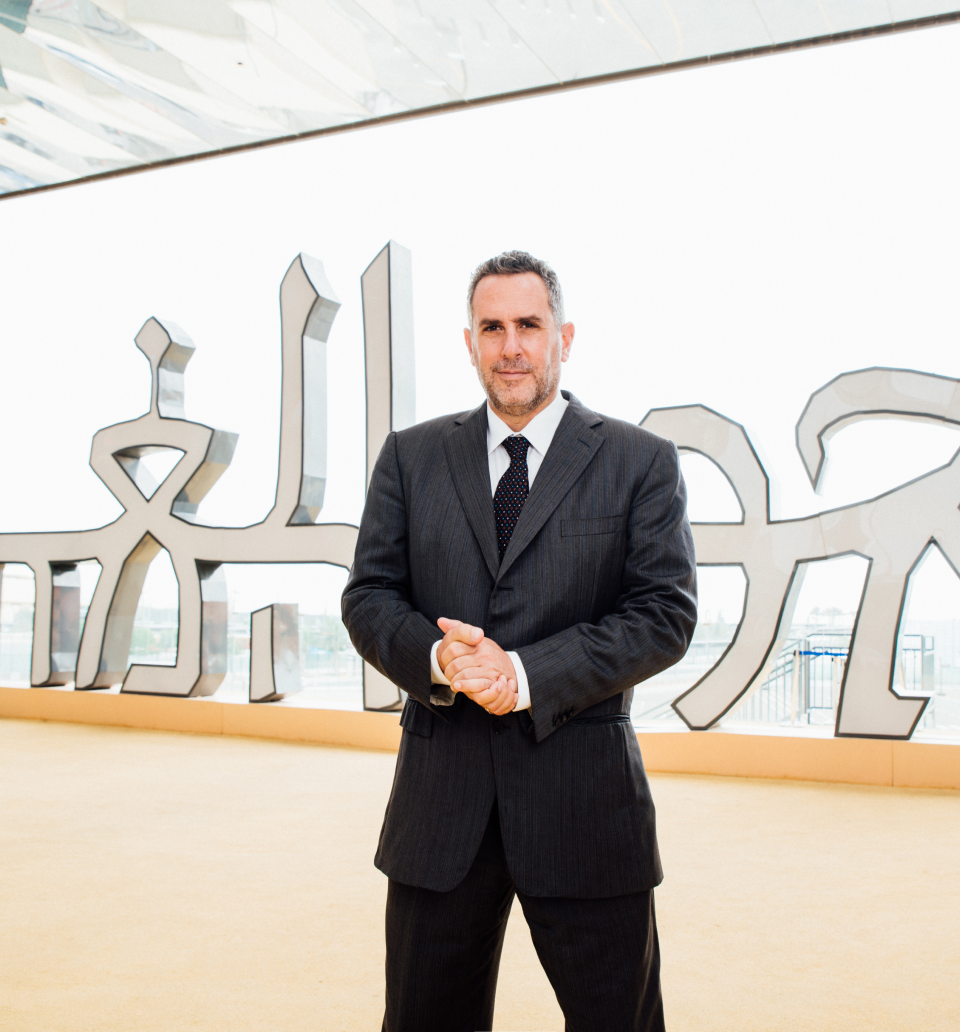 The Leader Who Needs No Title: Interview with Menachim Gantz 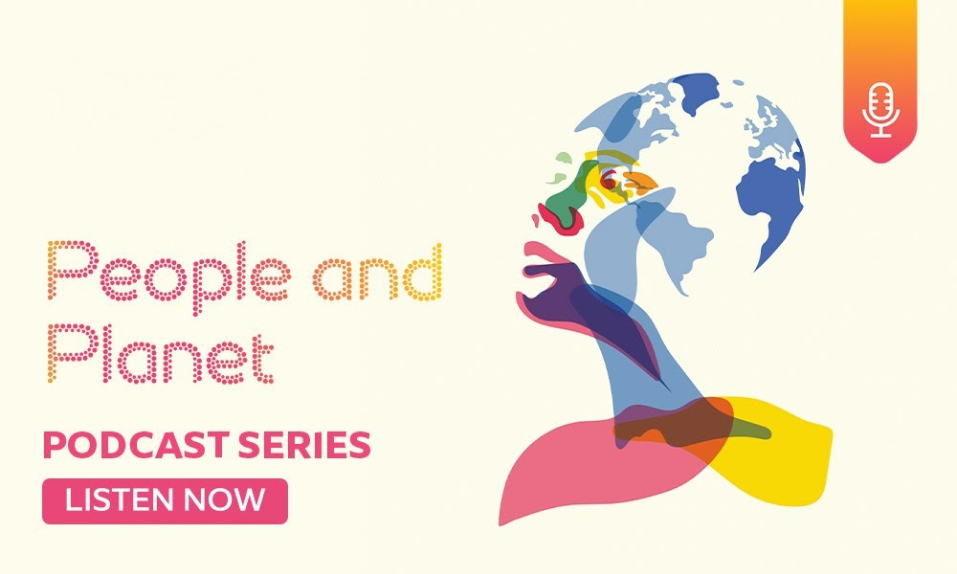