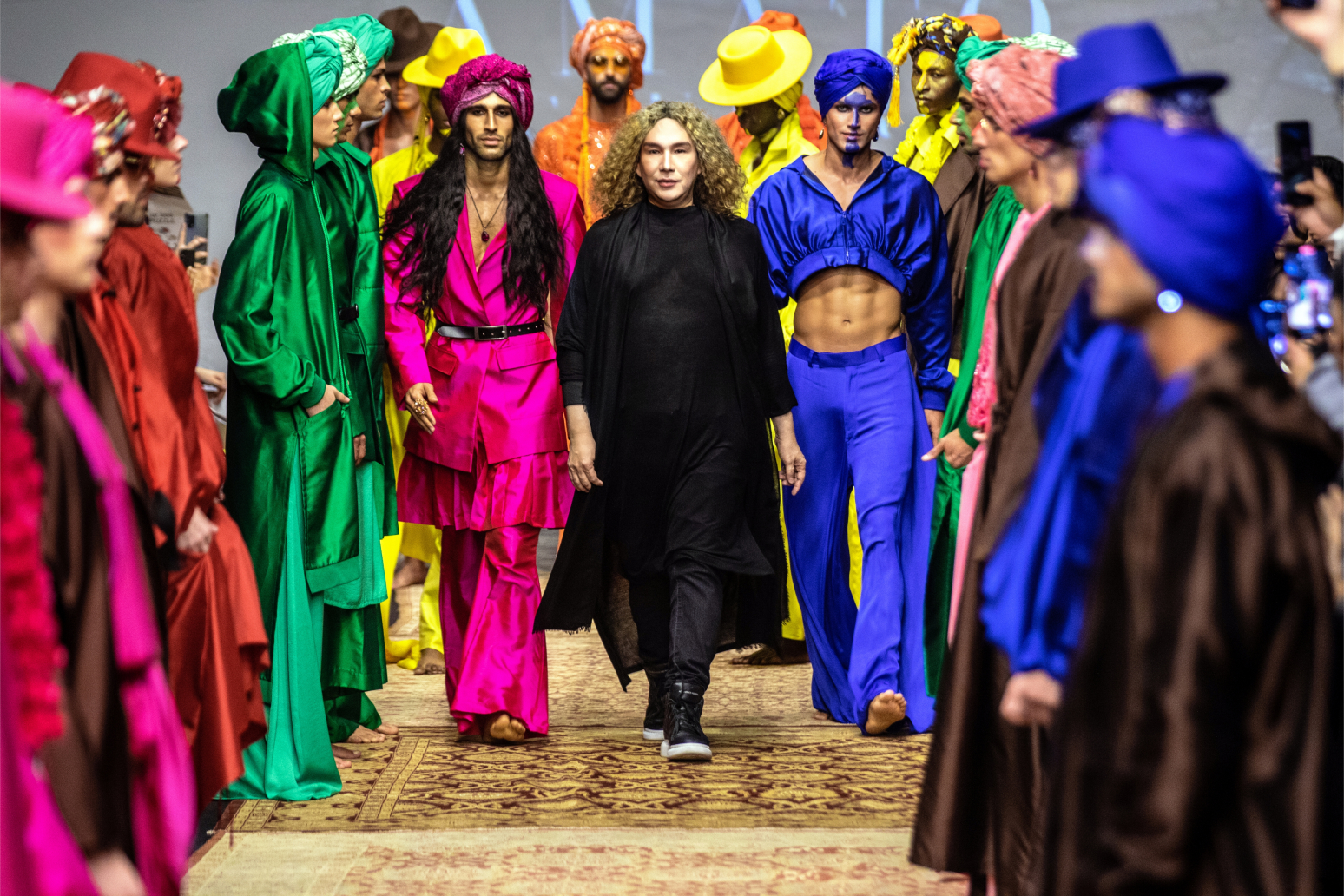 “I oscillate between life and death, happiness and sadness, good and evil. I am AMATO”

Amato is a genius when it comes to handicrafts. Give him a piece of rough cloth and he will turn it into a beautiful garment. He had a flair for blending fantasy with fashion, creating gorgeous and wholly impracticable clothes combining unconventional materials that turns out, would become a reality that we only see inside our imagination.

Each piece from Amato’s collections is put into perspective within a particular sphere, which constitutes the inspiration for the creation. In the Middle East, the weather is easy to describe: hot and dry. Summers in Dubai, Abu Dhabi, and other popular tourist cities can reach temperatures of 120°F (49°C) and the blazing sun makes it undesirable to spend much time outdoors. Thus the people are praying for the rain to come calling on the rain Gods.

The rain god was among the most important of the Aztec deities, governing the spheres of water, fertility, and agriculture to be exact, the people’s prayers took place at the end of the dry season, perhaps from May to July. Their purpose was to assure abundant rain during the growing season. Indeed, this latter image is one that has remained remarkably stubborn, especially in the Western world. Elsewhere, the pagan gods of Ancient Greece, Rome, Egypt, or the Celts are not so alien to the Hindu or Shinto pantheons of the East. Essential to most of them is a polytheistic conceptualization of the divine – many gods rather than one, each with their own area of patronage, be it war, wisdom, or wine.

Amato’s stature and influence on the international fashion world ensured a riveting live discussion. We

feel it’s his job to give people that different part of their personality – the opposite of being demure- to hide behind, mysterious, strong, and over the top. Everything is always finely tuned. There is no room for maneuver.

Amato created a unique aspirational world that alludes to sensuality and youthful sophistication that are styled and embraces unconventional beauty, and individualism and makes it an expression of a state of mind. He believes that Fashion is not just about beautiful clothes and the glorification of luxury, but it’s also about the people working behind the scenes who make such covetable items and an aspirational lifestyle into a reality.

Strange that those who propose the permanent revolution can become so hard to depose. Strange that to say, a fashion designer, whose job is ephemera – to produce it and propagate the idea of it – should be able to hang on to power and grow rich and old and unimpeachable. The rain has finally come…., 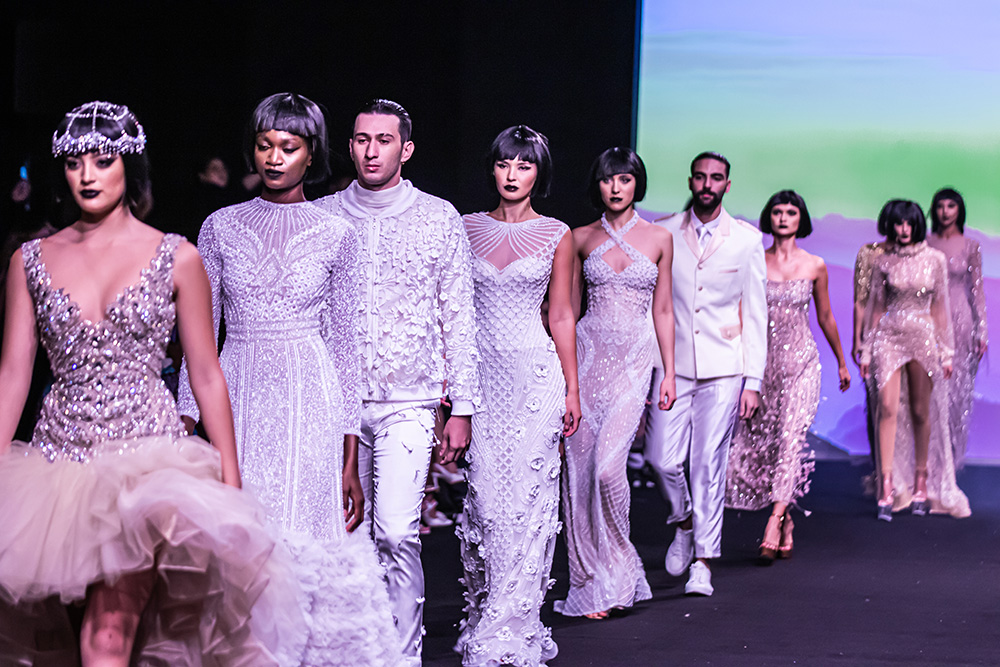