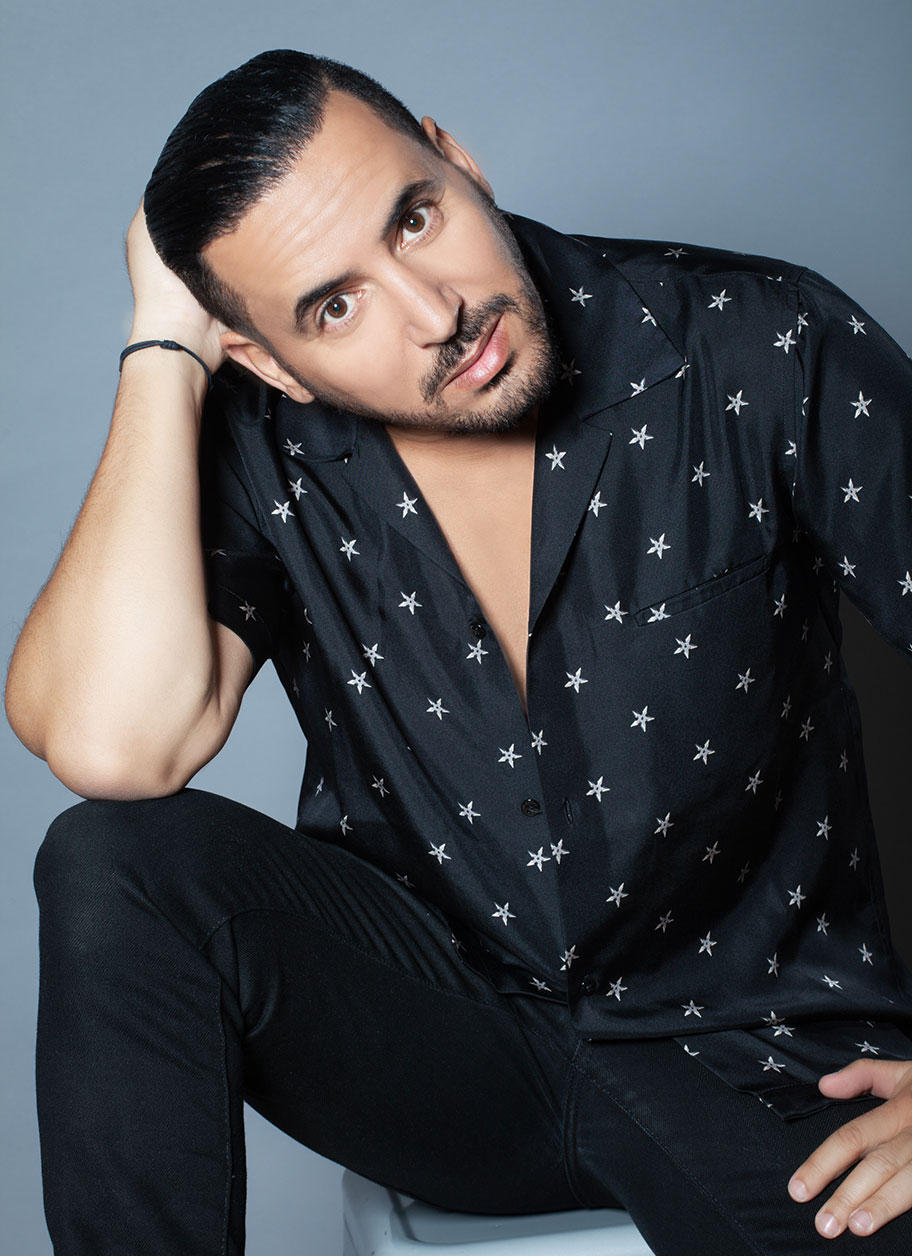 Jamal Antar is an American French Moroccan actor who was born in the southern part of France to immigrant parents. He is the eldest of three brothers. Jamal grew up in a rough neighborhood called “La Faourette” in Toulouse.

Jamal started out his career playing gangster roles in TV and movie productions such as “NCIS LA”, “LA’s Finest”, and “Seal Team”.

He also played other characters including a secret service agent in “The Politician”, and a prisoner in “The Mandalorian”.

When did you decide to start your path as an actor?

I decided to become an actor since I was quite young thanks to films. My main inspirations were Bruce Lee, Robert de Niro, Al Pacino and many more.

Was it difficult to leave home in pursuit of acting?

It’s never easy to leave your mother, father, brothers, friends and a whole life behind in order to settle in a country thousands of miles away from your native country. To live your dreams, sometimes you have to make big sacrifices and that’s what I chose to do.

Do the roles you play impact your personal life and well being?

I know the difference between a role in a film and my private life. Some roles attributed to the actor can sometimes have a connection with his personality and character as an actor.

You must know how to adapt to any role.

What is the role that you mostly admired?

There is no role in particular that I admire more than another. Above all it’s the performance of the actor in his role that I admire.

Have you ever thought of yourself not being an actor?

It’s a dream of a child and being in the United States everything is possible. I’m realizing my dream.

Can an actor only focus on a certain character role and build it successfully?

He can construct any role with success without being focused on a single role. An actor should not have a role limit.

If you had to choose between theater, cinema and TV which one would you choose?

For me, theater is the foundation, television is a transition and cinema is consecration.

Are there some actors of the old generation you get inspired from and who are the actors you admire and like to work with of the new generation?

Every young or old actor has his own qualities; one should not neglect anyone and above all learn from all.

What are your strengths as an actor?

My strengths are my physique, my origin, my country of birth, my life course. My life as a homeless person in the USA living in a car.

Just the fact that I live in America as an actor, I’m unique in my kind. I do not refuse any role or any professional difficulty whatsoever and I always give 100% of myself.

Does an actor need to go through a soul-searching process in order to understand a role or by using certain techniques one has reached the desirable result?

It’s necessary to comprehend and transform the role into character deep within oneself, it’s somehow a duplication of personality.

What would be your advice to new actors?

Be strong and persevere, everything is possible if one believes in oneself and remains humble.

I’ve been informed that you have started a collaboration with a new agency in London and Los Angeles. Tell me a few things about this.

For the moment, I don’t prefer to talk about these new collaborations. You will know everything in due time.

You’re very active as a person. What are some of your other engagements?

Spending time with my wife Shanila, I’m the owner of a magazine, I play sports, cook, listen to music, walk, I love art and artists such as Richard Orlinski, Rakel Wajnberg. So I collect works of art.

Do you believe that social media can promote someone’s work faster? How active are you on social media?

Social media is more than the traditional media such as TV and the press, we have to adopt them to exist through these new forms. Today’s generation is interested only in this form of media.

Personally unlike any person of my generation, I adapt and use them to try to be as visible as possible. Today everyone uses social networks and no one can ignore them. Idriss B. from the 22nd Century 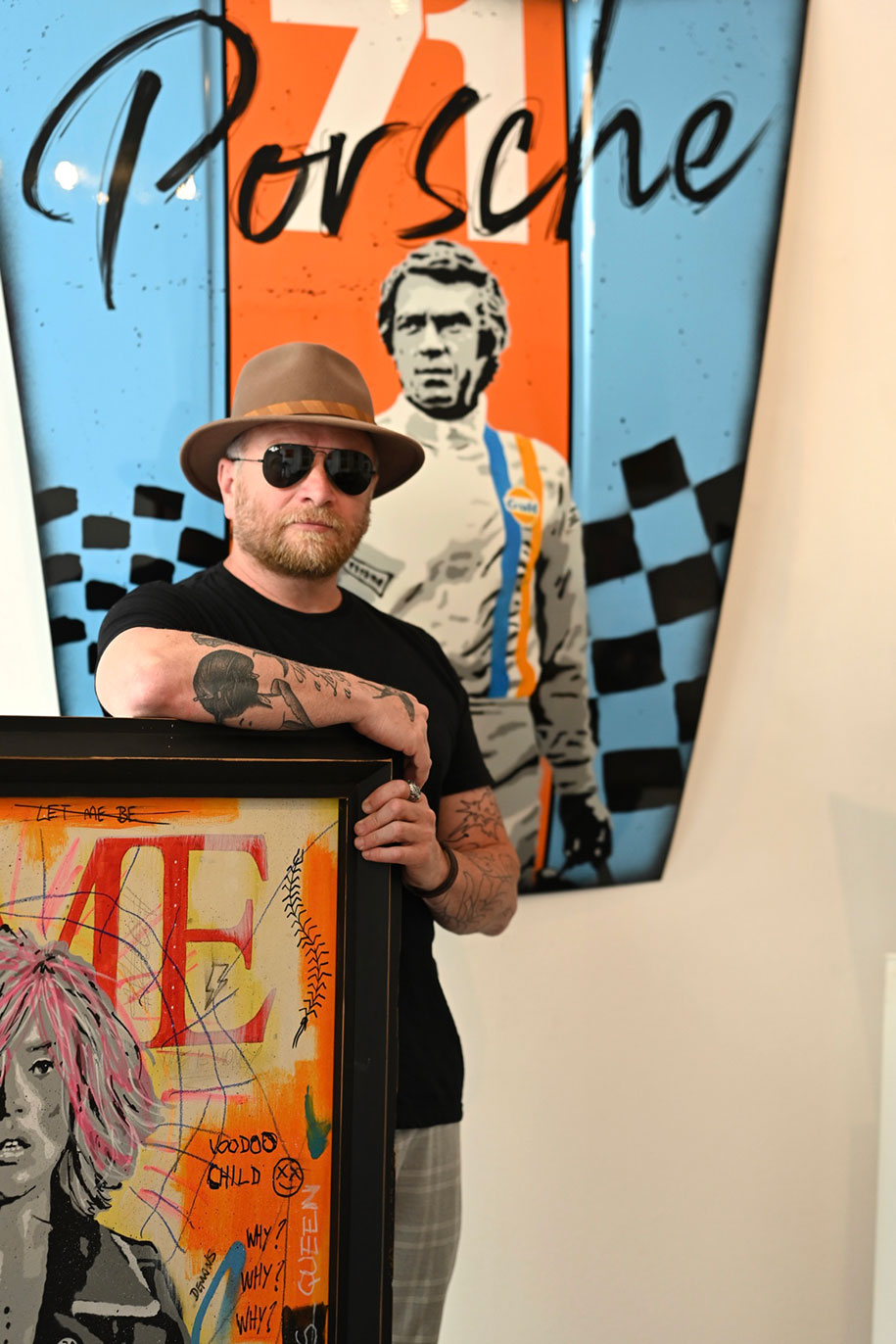